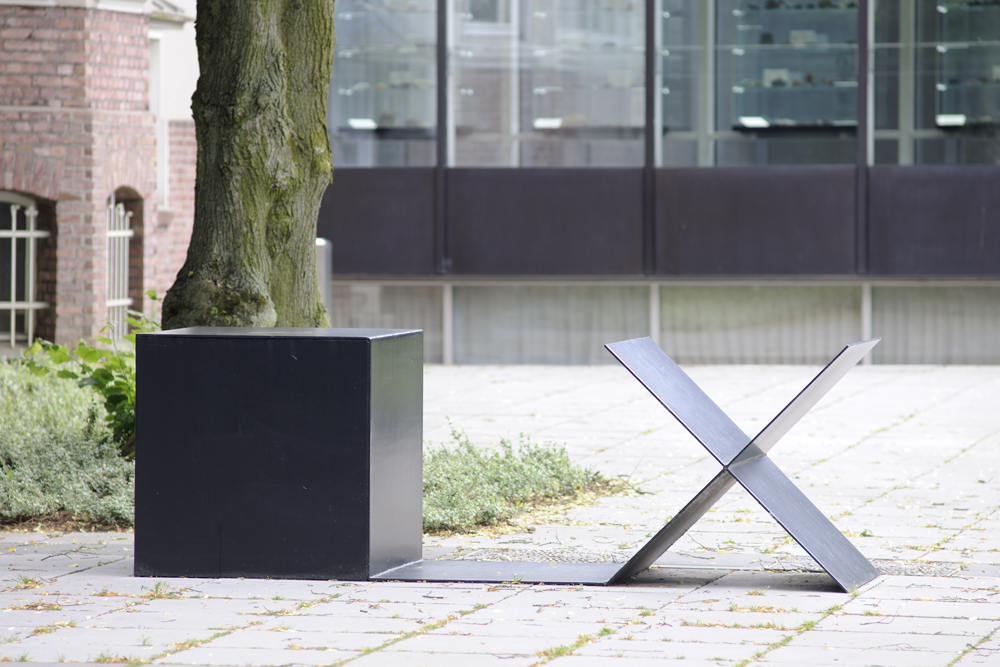 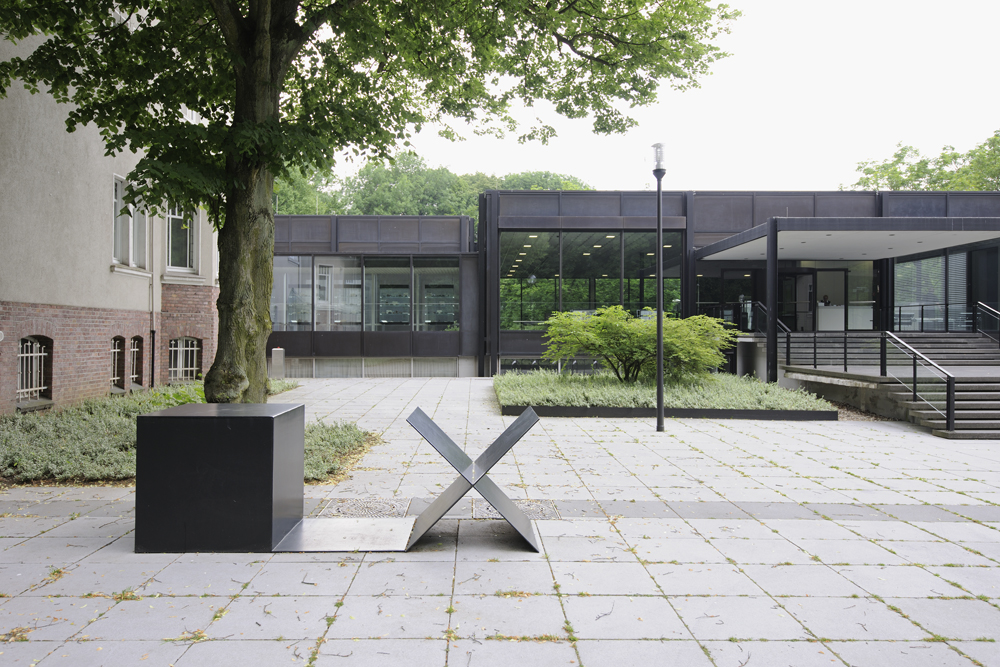 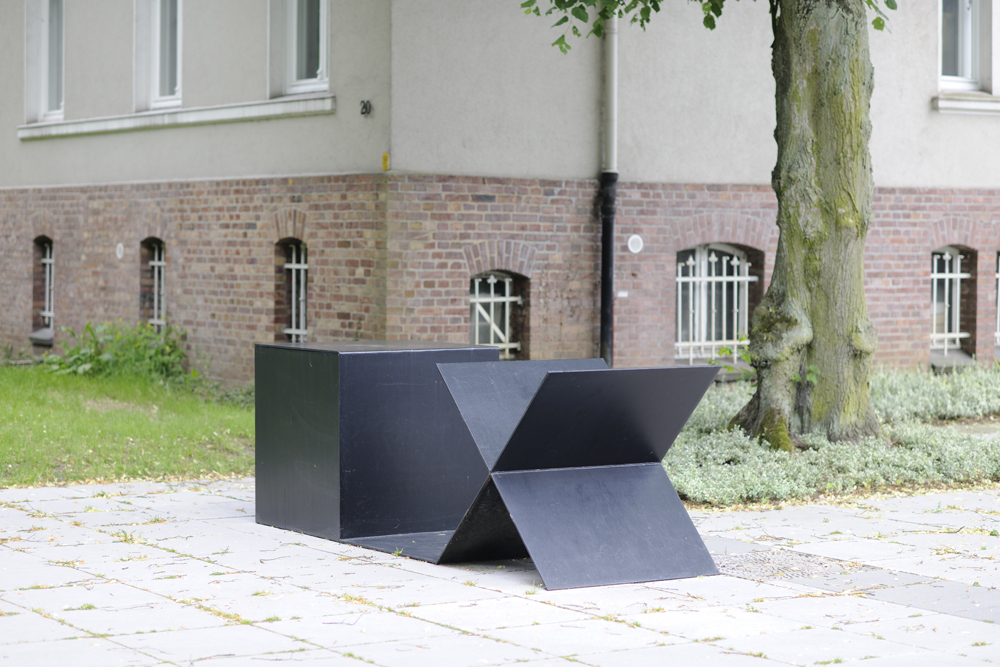 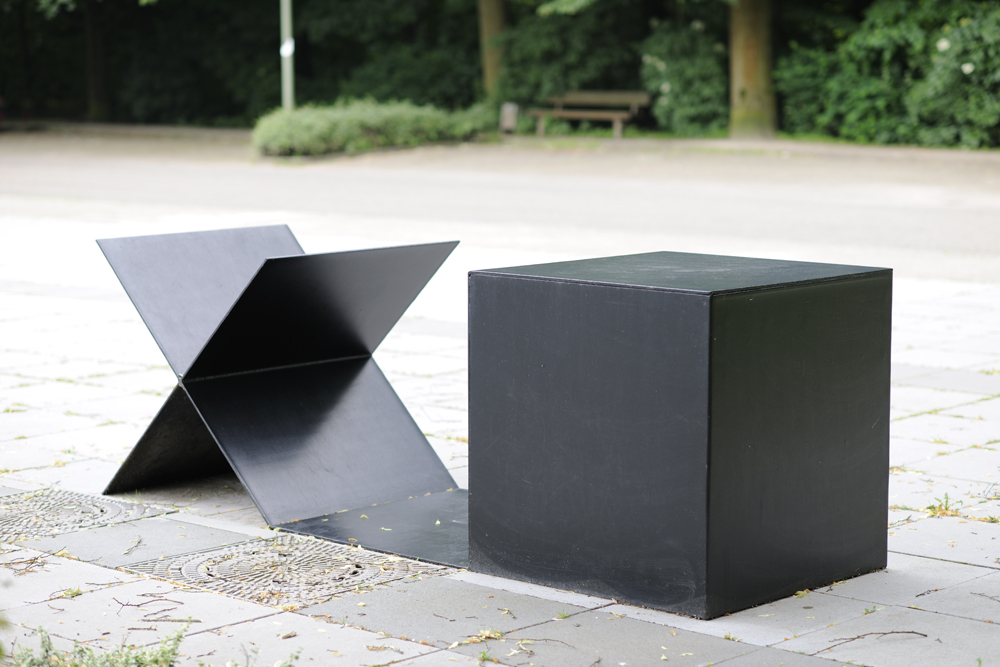 Around 1978, Friedrich Gräsel strayed from his characteristic prefabricated industrial tubes and developed a series of Spatial Sculptures out of steel plates that define and combine different open and closed forms.

Spatial Sculpture III in Bottrop can be seen as three cubes in a row: the first cube is a closed form made of six square steel surfaces; the middle is indicated by its base plate alone; and the third is defined by its interior diagonals, which are depicted with two steel plates that form an X.

All three cubes are connected to each other, forming a joint sculptural entity that considers the different ways of constructing and perceiving space and volume. 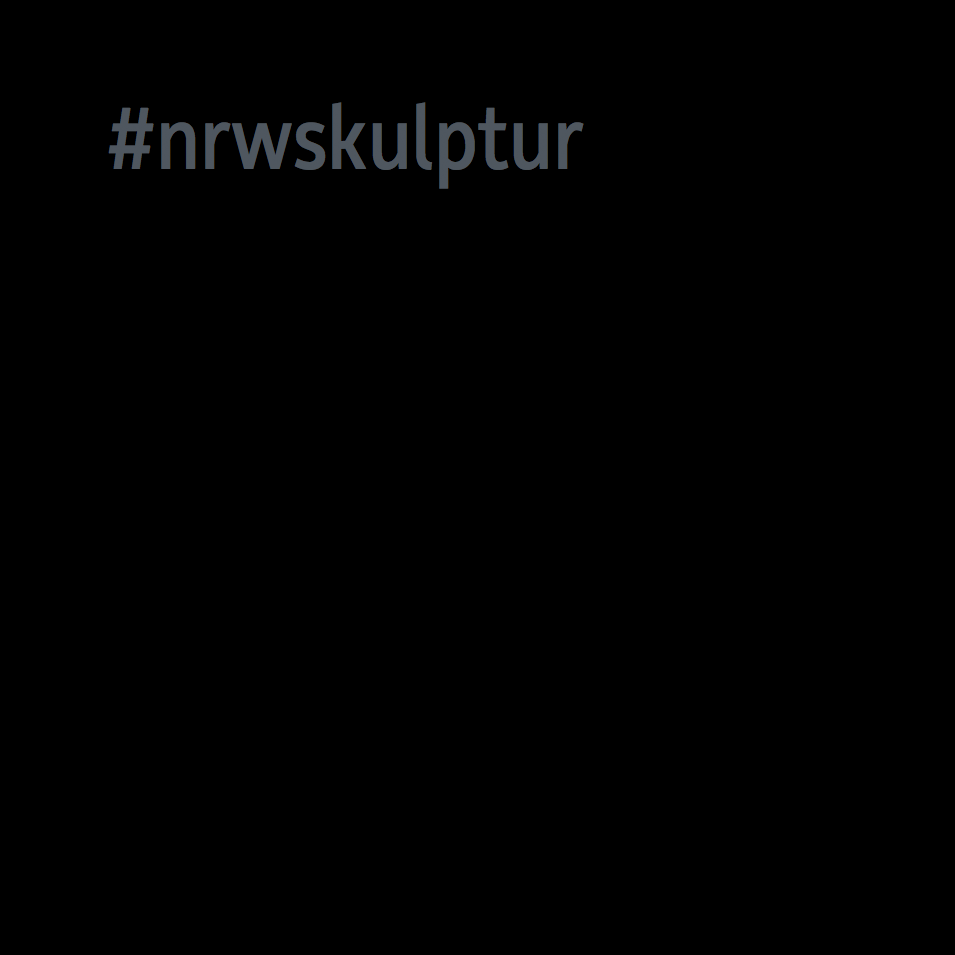